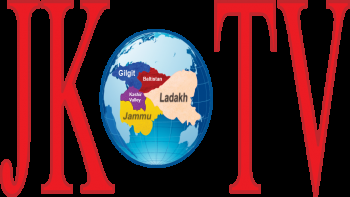 Jammu Kashmir TV in short is a New Media venture by British Kashmiris to open up new channels for connecting Kashmiris across the globe and provide them with information, news, entertainment and education about issues and opportunities that effect their lives.


After two successful satellite television channels some of more dedicated and committed British Kashmiris have come together to build an Internet Protocol Television (IPTV) to meet this strongly felt and expressed need of the Kashmiri communities in and outside of the divided state of Kashmir including Jammu, Ladakh, Gilgit and Baltistan.
The channel is being built from gross roots involving British Kashmiris of diverse skills and abilities funded by various groups and individuals on cooperative model.
Currently the recording has been initiated in two main studios in London and Manchester. A studio in Birmingham is in process and soon will be up and running. An infrastructure to bring online news and talk shows and documentaries from different parts of the state is also well underway.


The channel is aimed to cater all viewpoints and perspectives from Kashmir and Kashmiri diaspora across the world including Britain, Europe, Middle East, Canada and United States of America. It is determined to provide an accurate and informative picture of Kashmiri history and politics and promote opportunities and talent in the fields of arts, culture, economy, media and education.


Its primary theme is to raise awareness about the problems and opportunities available and the fast globalising world and encourage Kashmiris across the globe to engage in ventures and efforts to make positive and healthy contribution in the life of their country of origin and countries of settlement.


It is a multilingual channel committed to reflect the political and cultural diversity of Kashmir and Kashmiris and to translate the knowledge and skills gained by the global Kashmiri diaspora in their areas of origin and build positive links and relationships between Kashmiri and the countries of their settlement.

Contact us for more info about investment and ideas